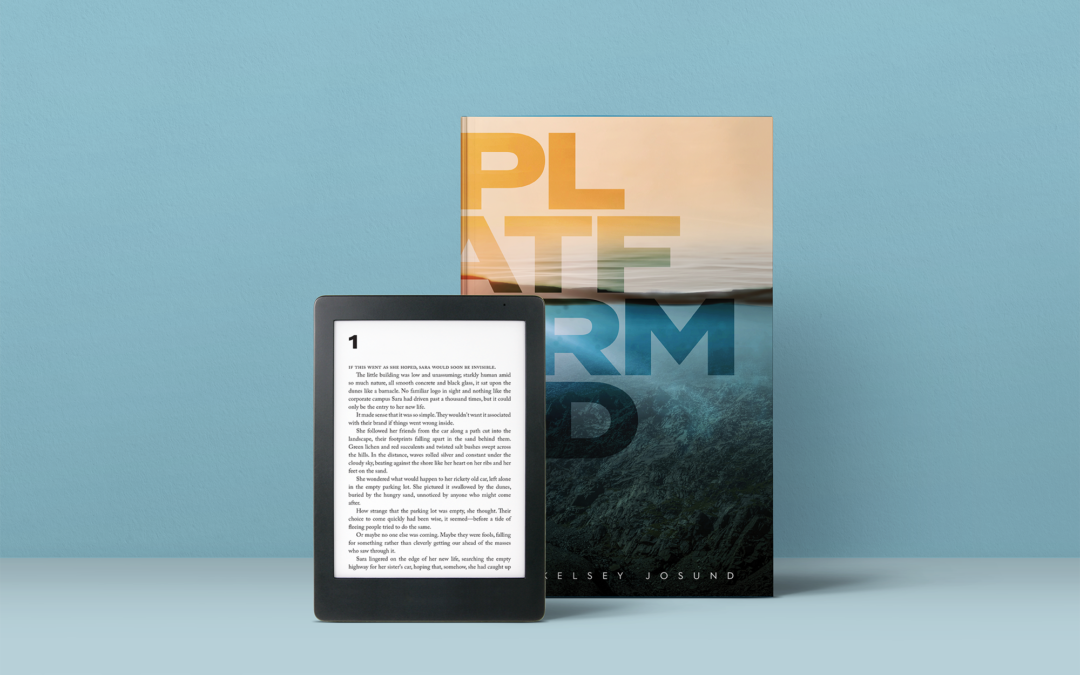 Josund, a Silicon Valley software engineer, constructs a not-too-far-off-future in which big tech is both salvation and puppet master. Platformed out May 18.

A postmodern story reminiscent of works by Kafka or Sartre.”

— J. F. Alexander, author of the theological sci-fi novel I Am Sophia

A Novel, by Kelsey Josund

In a not-too-distant future of ecological collapse, a young woman finds safe harbor in an intentional community run by a corporate tech giant. But once sheltered from the tumultuous realities of the outside world, she finds life within this designed paradise may not be as it seems.

A standout first novel from a Silicon Valley insider, Platformed mines the horrors of climate change, the pleasures of predictive algorithms, and the absurdities of Bay Area utopianism to produce a chilling near-future dystopia that feels all too plausible.

Sara, a young and gainfully employed software engineer, has carved out a secure life in the Bay Area of the 2030s, albeit one filled with fragile men and outlandish startups. But when the systems that govern her world begin to erode, she finds the future she’d long planned for thrust forever out of reach. Wildfires ravage the landscape, threatening to burn whole cities to the ground, and blackouts reach to the edge of the rising sea.

Without the tethers of work and home to anchor her to this strange and changing world, Sara finds herself amidst a wave of newly displaced climate refugees with dwindling options for where to turn. Her choices are grim: the wealthiest explore off-planet, while the less fortunate are trapped on ill-fated cruise ships unable to dock on land. A pristine, Stepford-esque community devoid of money, children, or the elderly seems like the prudent choice.

But as Sara peels back the layers of her new home—a floating community above the drowned land that was once Monterey—she finds that her many newfound conveniences come with hidden costs. Alone among thousands of mysteriously chosen strangers, she begins to question the nature of her reality, and the agenda of the tech company behind it.

In a society teetering on economic and social ruin, Sara’s survival is dependent on an all-powerful software firm. But what must she give up to fit in?

Kelsey Josund is a software engineer and author of scifi, fantasy and young adult fiction, including a series of forthcoming feminist retellings of classic childhood fairytales.

Originally from Seattle, Kelsey loves getting outdoors and living in places that allow her to escape to the mountains on the weekends. She cares deeply about the ecosystems that humans impact and that impact them in return. Her writing explores these themes through the prism of the traditional coming-of-age arcs of science fiction and fantasy. Kelsey is particularly interested in stories and characters that complicate the traditional and familiar, leading her to rediscover old tales from new and unexpected angles.

With a passion for storytelling in all its forms, Kelsey approaches writing fiction the same way she approaches writing code: she likes to know where it’s going, but wants to figure out the details as she goes. She believes good software is a lot like a good story—full of neat and clever solutions to tricky problems, beautiful at a granular level but also from a distance.

Kelsey lives and works in Silicon Valley, California with her partner and their cat. She holds a bachelor’s and master’s degree in computer science from Stanford University, and is currently plotting her return to the Pacific Northwest and working on her next novel.