Episode 1 – New Tomorrow is the first of a 12-volume comic book collection by KYB. The story centers around four alien musicians from Planet Xenon who end up on Earth as babies when their planet is destroyed by the Evil Dr. Eval Petrovskin. The story takes the superheroes back and forth between saving the world from Petrovskin’s efforts to blow up Earth as he did their home planet Xenon, and being a top up and coming afro-punk alt-rock band based in Seattle. Life imitates art in the music and comic book series.

Appearing in the series is Turbo played by Super Bowl Champion Seahawk running back Robert “Turbo” Turbin and three-time Grammy winning multi-platinum producer Phil Peterson who plays Dr. Eval Petrovskin. The band members play themselves and the story line includes many local rock bands from Portland to Seattle and across the USA. Each Episode features a new KYB song with the first being the remix of New Tomorrow featuring rapper/football player/broadcaster Robert “Turbo” Turbin for Episode 1.

The 5 song EP includes strong hard alt rock tracks – Gentrify Me, You’re On Your Own (YOYO) and Wrong of Me. The remix of New Tomorrow includes a one of a kind rapper by Turbo Turbin in celebration of his lead character role in the first edition of Afrothunda. Finally the return of the hit song Too Late Too Soon as part of the Soundtrack gives an alt rock heart to the EP and to the multimedia project.

King Youngblood is focused on reclaiming rock music, specifically black fronted rock packed with strong song writing, Afropunk attitude and an undeniable exhilarating live show.  Alternative Press calls King Youngblood “Seattle’s Alt Rock Princes” – they sure got that right. Founder and recently graduated from the University of Washington front man Cameron Lavi-Jones, along with, drummer Alix Daniel, cellist Chet Peterson, and bassist Samy Garcia have a singular mission: grab heavy guitar/drums rock by the collar and drag it into the willing arms of the fresh new generation of fans currently fueling the world-wide resurgence of rock music. The world agrees with affirming descriptions including AfroPunk Magazine in October 2021 declaring “King Youngblood’s skill at transforming a small phrase into a massive hook is at this point unparalleled in the world of heavy music.”

For more information or to connect with the band, visit www.kingyoungblood.com. 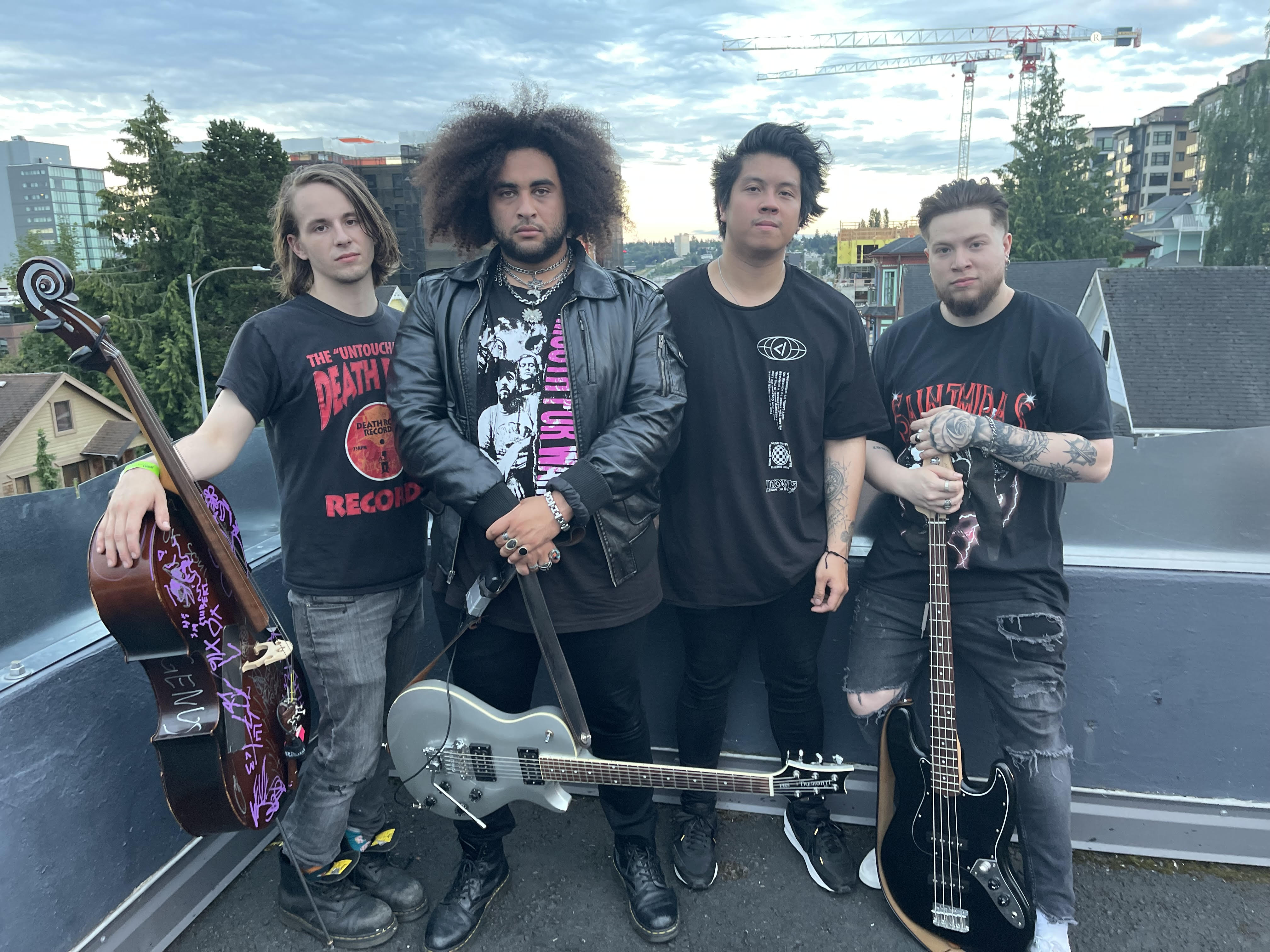