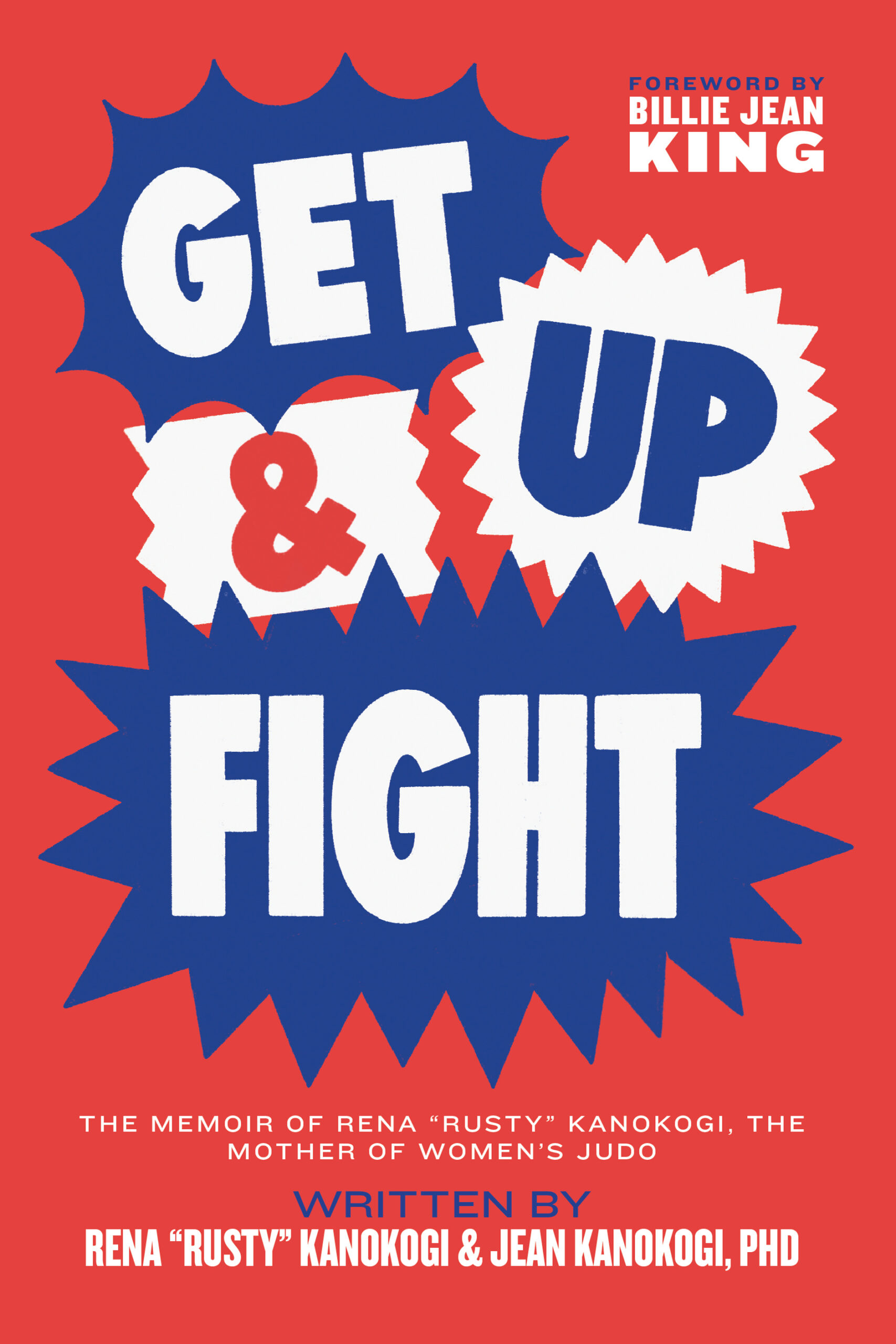 The Memoir of Rena “Rusty” Kanokogi, the Mother of Women’s Judo

Buy ebook on Amazon
Buy Hardcover at an Indie Bookshop

"Rusty has that special quality that made you feel like you could fly...that you could do anything, because she was right there with you."

"Rusty is proof that your dreams can come true if you fight for them and never give up."

"Rusty was a warrior with a heart of gold and a fierce sense of humor. She led the battle for equality in judo by immersing herself in the sport and inviting everyone else to participate. Rusty had a very clear vision of what inclusion looked like and the tenacity to make it happen."

"Everyone has a purpose in life but not everyone is blessed to discover what that is. At an early age, Rusty Kanokogi's purpose was extremely clear. Rusty boldly lived her purpose by not only changing the world of judo, but the sexist inequalities of the world. Rusty Kanokogi is the true meaning of GIRL POWER!!!"

"If you knew Rusty Kanokogi, she was wacky and you were lucky. If you didn't . . . well, then, lucky again, because this book will make you feel like the Mad Mama of Women's Judo is right there in your hands, breathing, bellowing, belly-laughing, bone-breaking and barrier-breaking page after page."Here

Get Up & Fight is a book that will appeal beyond martial arts or women's sports memoir circles, making it onto the reading lists of those interested in the history and evolution of women's competitive sports and the discrimination surrounding it.

Rusty was a fighter—for women, judo, and equality. Her career in the sport spanned more than fifty years, as a competitor, pioneer, national and international coach and referee, advocate, commentator and promoter.

Early in her career, Rusty defied the rules of gender by competing with–and winning against—men. Too aggressive for the “women’s groups” at the Y, Rusty was considered an exception to the male-dominated judo community; her boisterous energy and passion were tolerated, until she began to win. When she was swiftly banned from the competition arena based solely on her gender, she vowed to do all she could to ensure this would never happen to a female competitor again.

In her quest for women’s inclusion in the sport, Rusty founded, organized and financed the first Women’s World Judo Championships, held at Madison Square Garden in New York City on November 29 and 30, 1980, putting women’s judo on the map and earning the United States the international women’s level competition status required to qualify for inclusion in the Olympic Games.

Rusty served as the USA Women’s Judo Coach from 1974 to 1996, bringing women’s judo to the 1988 Olympics in Seoul, South Korea for the very first time. Rusty, along with her husband, Ryohei Kanokogi, founded the Kyushu Judo Club in Brooklyn, New York, teaching students from all over the world, many of which went on to place in the Pan American Games, World Championships, British Open, Maccabiah Games, Pacific Rim Games and the Olympics.

Rusty served as the President of New York State Judo, from 1991 to 2009, was a member of the NY2012 Olympic Bid Committee, was a delegate to the International Olympic Committee meeting in Singapore, 2005, and served as Trustee and Vice President for twelve years with the Women’s Sports Foundation. She also served as a consultant with Tokai University, in Japan, the Japanese Association of Women’s Sports, and was the Vice President, Legal Lives, of the Brooklyn District Attorney’s Office, and a judo commentator for NBC at the 2004 Olympics in Athens, Greece, and a media panelist for the International Judo Federation in Cairo, Egypt in 2005.

In her fifty-year career, Rusty taught at least 100,000 people at colleges including the Pratt Institute, John Jay College of Criminal Justice, Brooklyn College, as well as countless elementary and high schools. All the while, Rusty continued to be an advocate for all athletes in judo and Title IX, the 1972 civil rights law for gender equality in education, campaigning and litigating for women’s judo inclusion in the Olympic Games and every level of competition. She has been recognized as “the mother of women’s judo” for her inarguable contribution to the sport.

In her life, Rusty rose to the rank of seventh-degree black belt–the first woman ever to do so. In 2008 she was awarded the Order of the Rising Sun, Gold Rays with Rosette from the Emperor’s Order of Japan for her lifelong contribution to the promotion of judo. Her ashes are interred in the Kanokogi Samurai family grave site in Kumamoto, Japan, marked with the epitaph “American Samurai.” 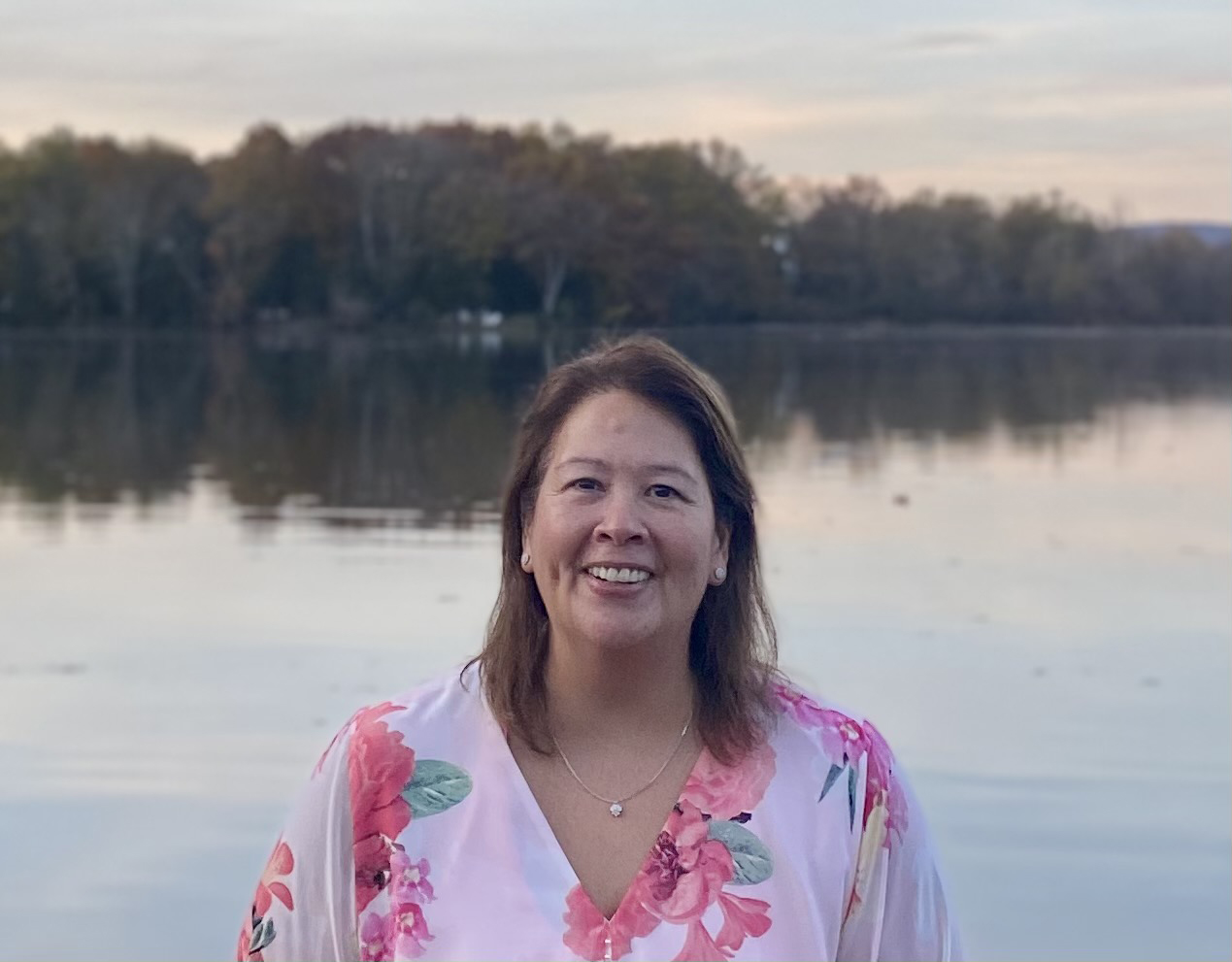 Jean Kanokogi, Ph.D. is a Senior Special Agent for the U.S. Government with extensive experience in conducting criminal investigations. With a career spanning 23 years in law enforcement, Jean has been the lead investigator on several high-profile cases, including the attacks on 9/11 and many that focus on protecting public health. She is a subject matter expert in cognitive interviews, defensive tactics, firearms safety and engagement and defensive tactics.

Jean is a fifth degree black belt in judo and a highly respected sensei. She was on the U.S. national judo team, now known as USA Judo, and won several medals in international tournaments. Most notably, Jean was one of the original signers of the American Civil Liberty Union suit to fight for women’s rights in the sport of judo.

Jean is the co-author of her mother’s story, Get Up & Fight: The Memoir of Rusty Kanokogi, The Mother of Women’s Judo. She has authored numerous mental health and law enforcement related articles in various professional publications and also publishes a column in the Eighteen Eleven, the professional journal of the Federal Law Enforcement Officers Association (FLEOA), with a readership of over 36,000. One of her treasured experiences includes consulting on the television program Law and Order, Special Victim’s Unit.

She dedicates her time as a volunteer for the FLEOA where she is the Director of Mental Health and Peer Support Services. In this monumental role, she is building a peer support program to support the mental health of the federal law enforcement community. Additionally, this role allows her to comment on bipartisan bills that directly impact the mental health of law enforcement officers.

Additional philanthropic work includes mentoring high-risk youths and serving on the evaluation committee for the Rusty Kanokogi Fund for the Advancement of US Judo. Managed by the Women’s Sports Foundation, this annual scholarship provides financial support for women in judo nationwide who are training for national and international competition.

Jean holds a B.S. and M.A. from John Jay College of Criminal Justice and earned her Ph.D. in the study of psychology in 2018, where she published her dissertation, entitled, “The Interrogation Experiences that Transition Novices from Beginners to Experts.” Her tenacity and courage to continue to deliver on positively impacting societal behaviors is truly an inspiration for all.